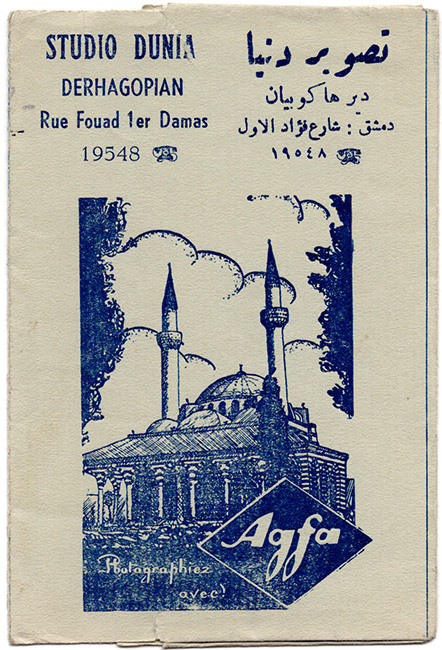 Kevork Derhagopian son of Haroutiun Derhagopian, was born in 1929 in Zahle, Lebanon. He was exposed to photographic techniques at a very early age by his father, and he acquired the art of negative retouching from his brother, Hagop. From 1949-1951, Kevork established with his brother a studio in Zahle under the name of “Studio Dunia.” Efforts to market the studio led Kevork onto the streets of Zahle with a 35mm Exakta camera to capture candid images of pedestrians. While some took offense to this intrusive form of photography (referred to as “surprise photography”), many were generally pleased upon purchasing their image. In 1952, the Derhagopians closed all the studios in Lebanon and moved to Damascus, Syria to establish a photo shop under the name of “Studio Dunia.”

Throughout the 1950s in Damascus, Kevork Derhagopian’s talents were reflected in his compositions of striking avant-garde portraiture. He incorporated artistic elements of portrait photography utilized by the renowned practitioners in the field. In 1965, Kevork left Damascus for Beirut, Lebanon to open a shop in Bab Idriss which was one of the main entrances to Beirut’s city center. His shop, devoted to the import and distribution of photo products, laboratory equipment and the repair of cameras, was housed in the same building as the Gulbenk Trading Company which was one of the established Armenian photo shops in Beirut. Kevork’s marriage to the senior Gulbenk’s granddaughter, Sonia Gulbenk, united two families with extensive history in the photographic industry. During his professional lifetime, Kevork repaired approximately 30,000 cameras. Trips every two years to Germany to attend Photokina, the world’s largest fair in Europe for the photographic and imaging industries, enhanced Kevork’s technical practice of photography. He is credited with the invention of multiple enhancements to photographic equipment such as a built-in unit within a micro motor providing high speed synchronization with thyristor flashes that produced 16 flashes within seconds. Pinhole photography was yet another technique that he developed and practiced in the 1990s. 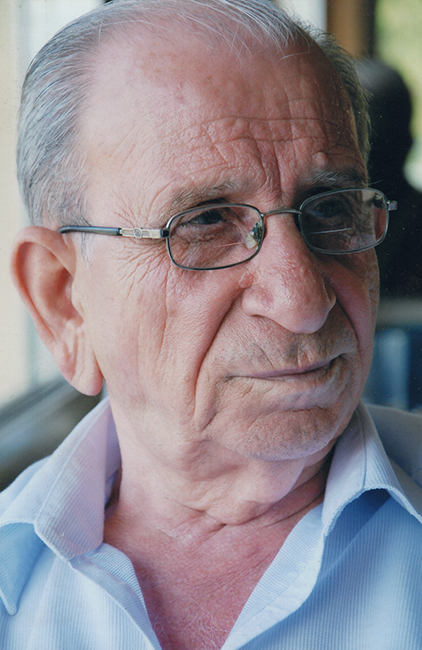 Tragically, at the start of the Lebanese Civil War in 1975, Kevork Derhagopian’s shop was looted and demolished by fire along with all the commercial Armenian photographic studios in downtown Beirut. Today, approaching 90 years of age, this accomplished, creative and highly modest man reflects with pride on his family’s accomplishments in the face of wars, displacements and transitions; a family history in which the practice of photography played a central role in the survival of multiple generations.

Copyright of images in this exhibition remains with the Derhagopian family and may not be reproduced without their permission.