What Armenian photographers produced over nearly a century
is a photographic archive of great importance in a region undergoing radical changes.
The photographic shots recorded by Armenian eyes remain as witness,
not only to the competence of the photographer,
but to a time long gone, its sole memory images upon photographic paper. 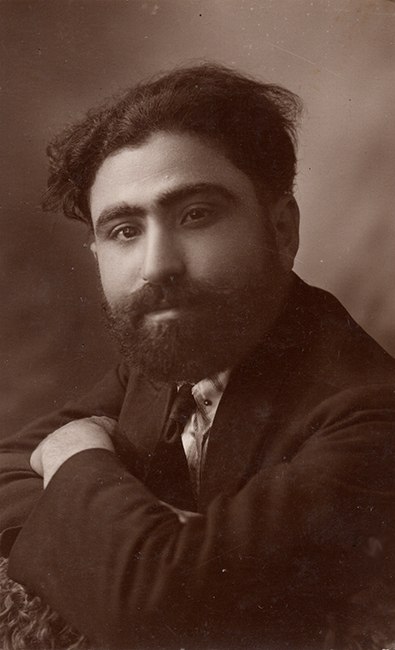 Haroutiun Derhagopian, or Artine as he was called, was born in Adana, Turkey in 1904. At the age of ten he was abducted by Ottoman gendarmes and subjected to forced labor. His eventual escape and return home coincided with the start of the Armenian Genocide of 1915. Forced to leave Adana for Damascus, Syria, the family’s adjustment in Damascus proved to be quite arduous given the hostile environment towards the Armenians propagated by the Ottoman regime. Artine’s exposure to the practice of photography and photographic techniques was by Ghazikian, an American Armenian who went to Damascus as a volunteer to assist the Armenian refugees. Other influences were Artine’s maternal uncles who after 1915 relocated and established photographic studios in Tripoli, Lebanon and in Decines, France.

Like so many survivors of the Armenian Genocide, Artine proved to be a resourceful adolescent. In 1920 at the age of 16, he went to Beirut, Lebanon to purchase a 9 x 12 folding plate camera from the renowned Sarrafian Brothers Studio. Ordered by his father to return it as it was well beyond the family’s resources to purchase a camera, Artine made his way back to Beirut with the Sarrafians kindly reimbursing him. A passion for photography led Artine to build a box camera that had the capacity to develop an image shortly after it was taken. This new invention allowed him to practice street photography which afforded him an immediate source of income. 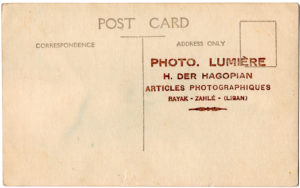 In 1922, Artine moved to Rayack, Lebanon where he built a house that accommodated a photo shop, portrait studio as well as a place of residence for his family. The studio would carry the name of “Photo Lumière” and eventually “Photo Français.” For a period of time, Artine opened a studio in Zahle followed by another branch in Baalbek under the name of “Photo Plait.” 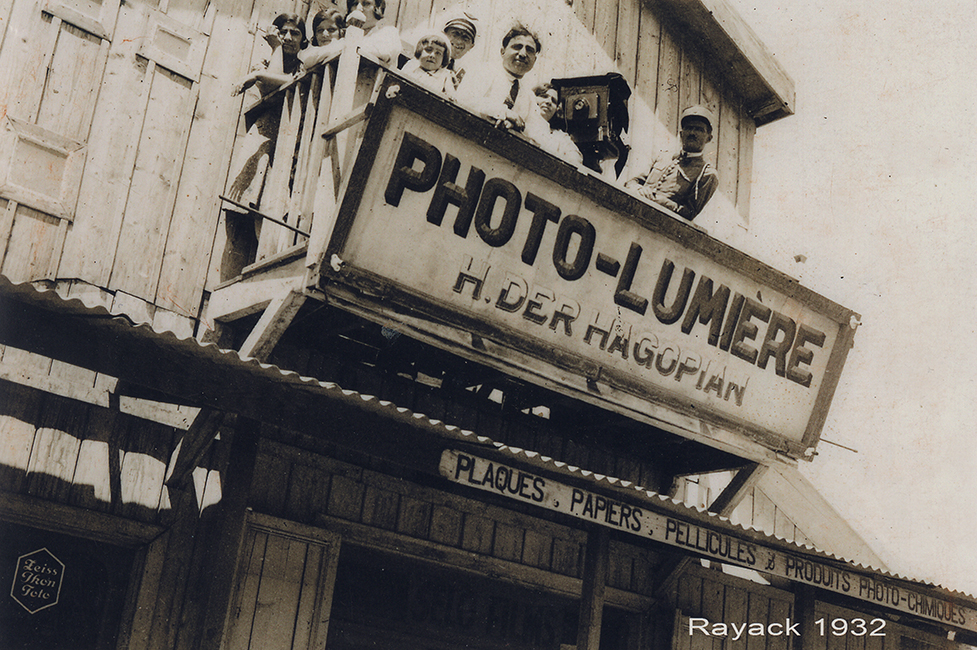 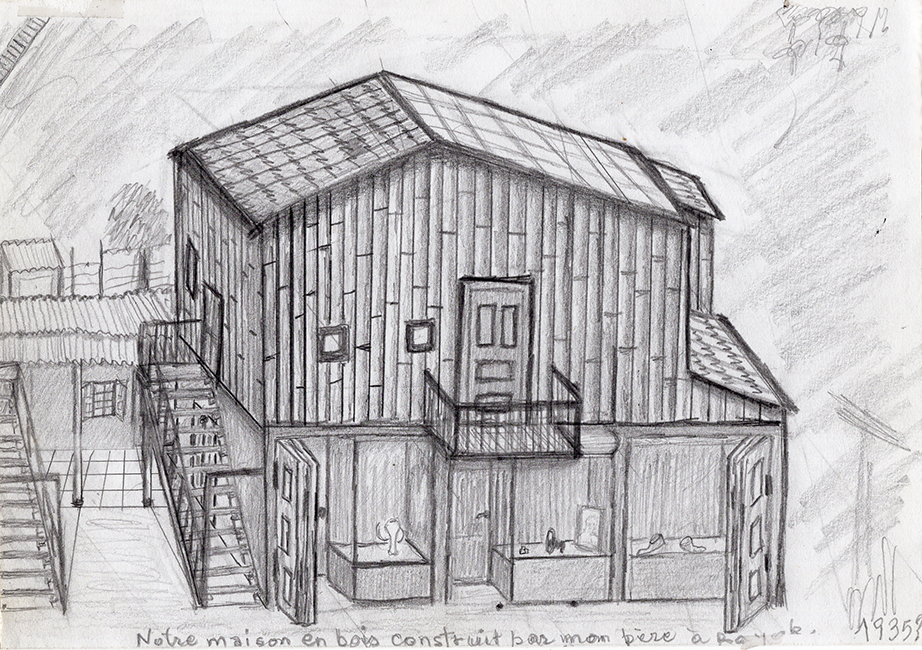 In 1925, Artine wed and had three sons, Kevork, Hagop and Zaven who pursued careers in photography. Around 1940 in the midst of World War II, the family supplemented their income by removing the gelatin emulsion from glass negatives which were then sold to a Syrian manufacturer of mirrors. Artine invented the “Miro Somem” camera in 1945 which consisted of a 70mm film camera positioned behind a transparent mirror that was enclosed in a box. The subject was able to see his/her portrait in the mirror and to then activate the release of the camera which remained invisible behind the transparent mirror. Proved to be a new concept, Miro Somem added an important dimension to the field of portrait photography. 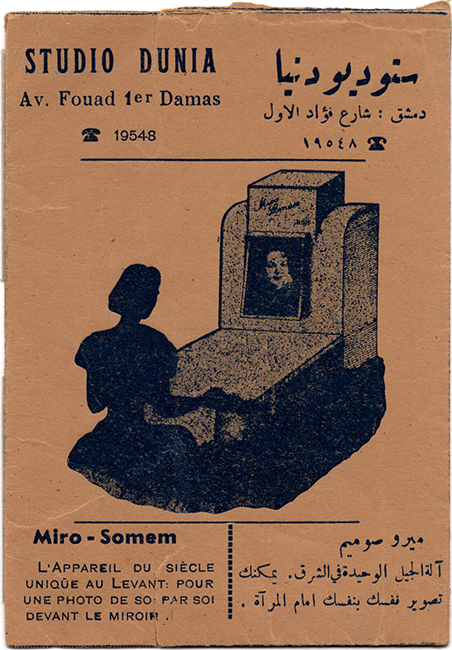 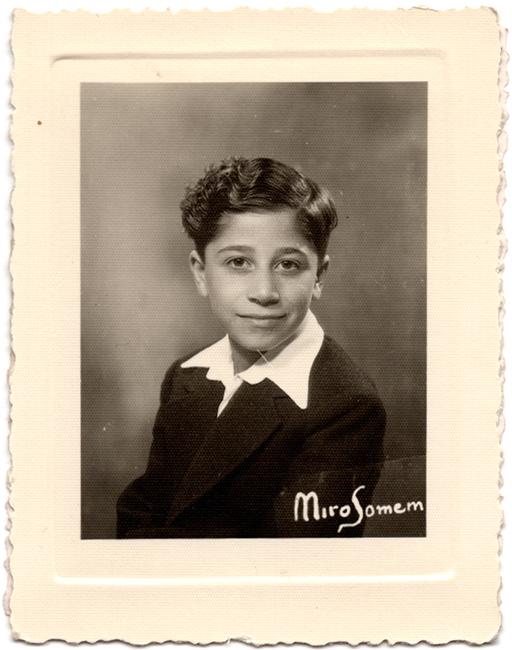 In 1952, the Derhagopians closed all the studios in Lebanon and moved to Damascus, Syria to establish a photo shop under the name of “Studio Dunia.” As the business grew, the studio moved to a new location in 1960 which became part of the municipality building in downtown Damascus. It was significantly larger with expanded services that included commercial portraiture, photographic processing, and the sale of photographic equipment. The Derhagopians reintroduced “Miro Somem” in Damascus which proved to be a huge success. After 50 years in practice, this branch of the family business in Damascus run by Hagop and Zaven Derhagopian closed its doors in 2005.

Copyright of images in this exhibition remains with the Derhagopian family and may not be reproduced without their permission.